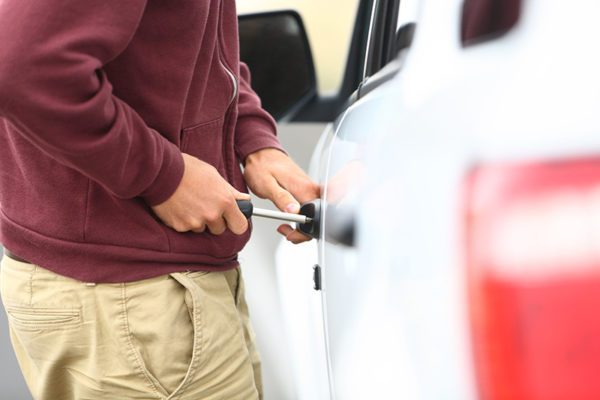 When car theft occurs, our first step may be to panic. Our next action is to call the police in hopes that a description of the car will be enough for the authorities to track it down and arrest those responsible. As soon as Gavin M. heard that someone stole a vehicle from his driveway, he hopped in his truck with intentions to track them down. His main source of help in the process? MOTOsafety.

One day, around 7:00 a.m., Gavin’s girlfriend’s teenage daughter woke them up with the news that her car had been stolen. Earlier that morning at 4:00 a.m., the daughter received messages from two guys who left a backpack in her car. Once they showed up at the home, she handed them the car keys at the door. Expecting them to return the keys, she waited in the house only to discover several minutes later that her 2014 Nissan Versa was gone.

After trying to contact the boys and telling them to bring the car back, they blocked her text messages. With hesitation, she let her mother and Gavin know that the car she received only a month earlier was stolen. Gavin then got into his truck and began driving in the direction of the vehicle, all with the help of the tracking features within MOTOsafety’s app.

“I was about a block behind them for a good 30 to 45 minutes. But they were constantly moving so it wasn’t much I could do but follow them,” Gavin recalls. “I drove to where it was in Marysville. My girlfriend got on the phone with CHP (California Highway Patrol) and Rocklin Police Department, and it was really nice because she was on the phone with them nonstop so she could tell them from her phone where the vehicle was.”

The live stream of tracking updates to the police ultimately led them to catch the two boys at a gas station where Gavin witnessed their arrest.

“I was actually happy that they were able to catch them in the act because both of the boys went to jail; they’ll both be in jail for quite a while because it’s a felony, grand theft auto,” Gavin said.

Read more about MOTOsafety, the smart sensor that improves driving

Due to the ability to use MOTOsafety to give the police live updates of the vehicle’s location, police retrieved the car in a short amount of time with very minimal damage. The CHP was curious about how it was possible for Gavin and his girlfriend to have such accurate locations for the car.

“I had several of the officers asking me questions about the tracking unit, who the maker was, and how much it costs. I know three of them were most likely going to buy one,” Gavin said. “They were all extremely impressed on the route replay and how often it transmitted where the vehicle was and what it was doing.”

The Yuba County sheriff took a copy of the route replay because several of the stops that the car thieves made were at known drug houses. Gavin is grateful that his MOTOsafety device potentially saved them from having to replace a $14,000 vehicle. A GPS tracker that was initially purchased to keep tabs on their daughter’s driving behaviors and location ultimately helped them in a theft case.

3 Ways to Curb Your Phone Addiction for Safe Driving

Name something that you can’t go a day without and having your phone is sure to be a top response. Our phones are a part of our everyday lives. We…

Making Sure Aging Drivers are Safe on the Road

If you are caring for a senior adult who is driving, you might be apprehensive about their safety. You want to let them live as an adult, but you…