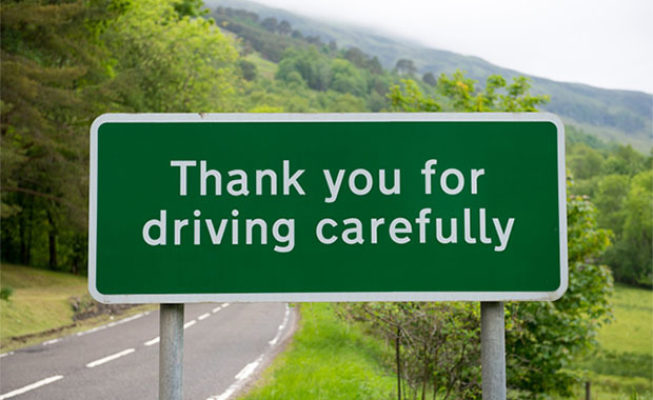 Teaching Your Teen to be Polite on the Road

Driver training usually begins with learning the law. The test for the learner’s permit is all about laws, and this is the focus of most parents when teaching their teens how to drive. However, there are many “rules” of the road that are expected but not legislated. Does your teen understand basic driving etiquette? This involves being courteous and staying alert, but what that means can vary depending on the vehicle, situation, and location.

Unless you explain how slow and fast lanes work, your teen might not pick up on it. This could lead to confusion when they are on their own and wondering why the driver behind them is acting impatient. Tell them that the right lane is generally used for driving, and the left lane should be used only for passing slower traffic. If they are in the left lane and a car approaches that is moving faster, they should merge to the right lane when it is safely open. Many states actually have laws on the books that require this, but they are rarely enforced.

The first thing your teen should understand about tailgating is that if they rear-end the vehicle in front of them, it is their fault—period. It doesn’t matter if the driver in front of them makes a sudden stop that could have been prevented. That alone is a enough reason not to tailgate. Emphasize the importance of leaving plenty of space in front of them to react to sudden braking. You can monitor this with your MOTOsafety device by setting harsh braking alerts. Everyone will have to slam on their brakes now and then, but if your teen is doing it consistently, they are probably not keeping a safe distance.

Your teen should understand that clear communication and courtesy are the key to safe turning and merging. Using a turn signal is not just a legal issue; it helps drivers around them understand what to expect. Signaling at an appropriate distance gives other drivers more time to adjust and prepare. When merging, encourage patience and the simple lesson of taking turns. Teach your teen the “zipper method”—cars taking turns merging and letting other cars merge to form one lane. They should never rudely speed up and tailgate the car in front of them to prevent someone from merging. You should also teach them to acknowledge the courtesy of others who let them merge with a wave of thanks.

Your teen should know that they will encounter drivers who aren’t very courteous, but that it should never alter their own response. When drivers are aggressive and rude, they should refrain from making gestures or driving aggressively themselves to “get back” at someone. This can be particularly tense if another driver is tailgating them. They should simply move to the right lane, let the driver pass, and let the incident go. If they are on a one-lane road, tell them to pull to the shoulder and motion for the tailgating driver to pass. This also applies to aggression within the car; if a “back seat driver” is irritating them, they should not respond in anger, as this will affect their driving.

They should also learn to be patient and forgiving to other drivers who make mistakes. Remind them that they never know the other driver’s situation, and grace can go a long way toward preventing a bad situation. Honking should only be done as a safety warning, not to express anger or tell someone to “go” when they are slow to respond to a light.

Remind your teen to watch speeding, and that it’s not just about avoiding a ticket; speed limits are set on certain roads for a reason. Your teen should be extra careful in residential areas, school zones, and parking lots, and always give pedestrians and bicycle riders careful attention. You can use MOTOsafety report cards to monitor behavior and discuss commonly traveled streets where speeding is a repeated problem.

Teaching manners has always been an important part of parenting, but few areas of etiquette can affect your child’s safety as much as driving etiquette. Help your teen understand the unwritten rules of driving so that they can understand what other drivers expect and stay safe.

Making Sure Aging Drivers are Safe on the Road

If you are caring for a senior adult who is driving, you might be apprehensive about their safety. You want to let them live as an adult, but you…

Emotions can run high on the road and cause drivers to make poor and dangerous decisions. Recent data from the National Highway Traffic Safety…